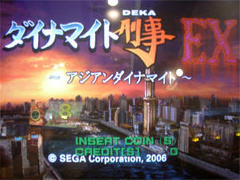 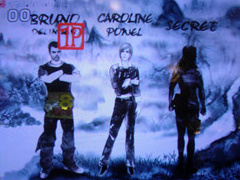 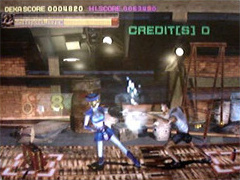 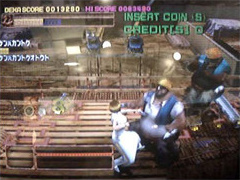 After Die Hard Arcade on ST-V in 1996 and Dynamite Cop on Model 2 in 1998, here's Dynamite Deka EX on Naomi. Dimps tried to resurrect 3D beat'em all in 2003 with the very average Demolish Fist on AtomisWave. This time, Sega tries to do better by bringing back a popular licence amongst go-and-fight games lover. The recipe is still the same; meaning fighting scenes interrupted by small cinematics while QTEs (Quick Timed Events) may occur. A QTE requires you to quickly do the manipulation displayed on the screen to kill an enemy in one blow in order to go to the next scene. If you fail, you'll have to deal with that guy. The new feature is that some badies drop suitcases containing costumes. Once you wear those costumes, your fighting technique changes, a bit like in Super Gem Fighter (but not in such unny ways of course). Unfortunately this game looks very like the original released 10 years ago. Well, even the boss is the same one (Strangely, I remember having left him death on a building roof). Hopefully this game will satisfy beat'em all fans who are a bit hungry these last years. Alex Kierkegaard of Insomnia got the opportunity to play it during the location test at the Club Sega in Akihabara, read his impressions on his website. 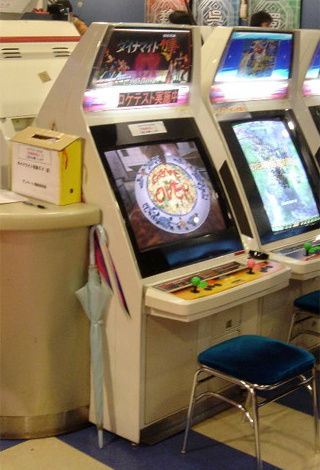 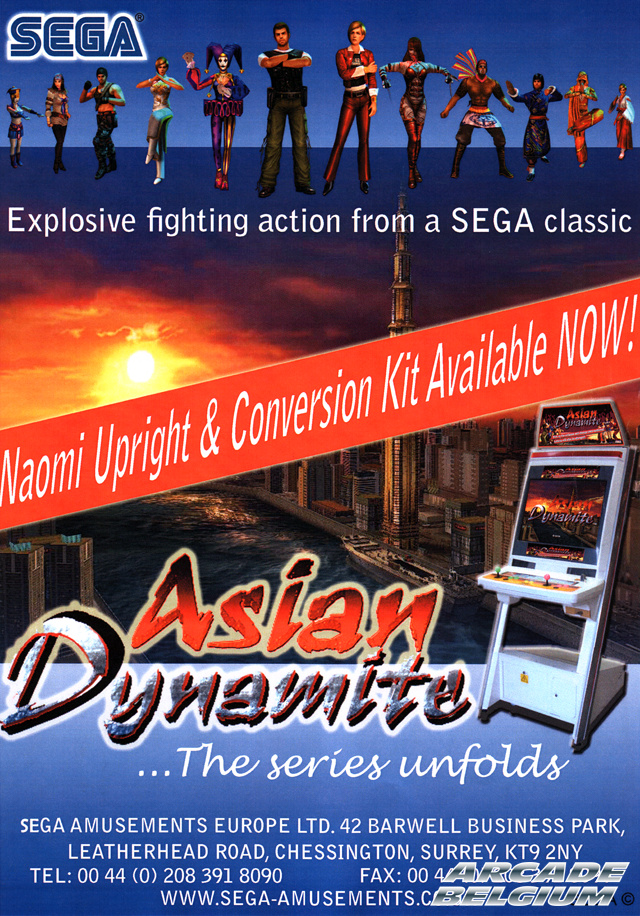 Back to the articles