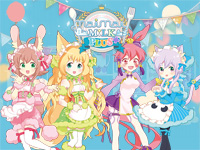 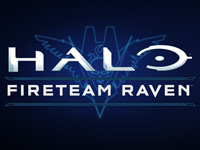 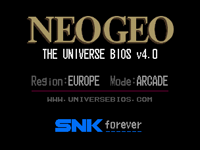 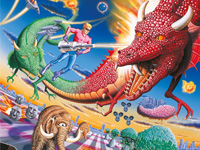 Hiroshi Kawaguchi (nicknamed Hiro) is a genius composer! Using his Yamaha DX7 synthesizer, he composed the unforgettable themes of arcade games that made the heyday of Sega like OutRun, After Burner and Space Harrier. If the OST of the two firt games have already been released at Data Discs, it was not yet the case of Space Harrier. It's finally done with the release of Space Harrier vinyl this month. This record includes all 11 themes contained in the original arcade version in remastered versions as well as a cover of the main theme by S.S.T. Band (you can listen to the remastered version of the main theme and Squilla on Data Discs' SoundCloud page). The Space Harrier soundtrack is available in three 180g vinyl editions: a limited edition with translucent light green colour vinyl with purple and green splatter and a 3D lenticular cover going for £26.99, a translucent dark green colour edition and a standard black edition at the price of £19.99 each. All editions include liner notes written by Hiro himself. The release is scheduled for late May. Pre-orders open Saturday, May 5th at 7:00pm BST (20:00 CEST) (earlier in the day for mailing list members). 50 copies signed by Hiro will be sent randomly among the first orders. All orders will be shipped by May 31st. Be sure to visit Data Discs website on May 5th to place your order. 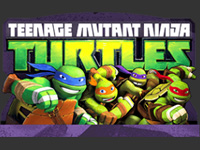 The scrolling beat'em up genre is back with the release of Teenage Mutant Ninja Turtles! We had not seen anything like this in the West since the not so good Justice League - Heroes United released by Global VR in 2009. Today, Raw Thrills gives the Ninja Turtles a fresh paint, 27 years after the release of Turtles in Time by Konami. It seems audacious to release anything else than a racing or a shooting game in western arcades, will Raw Thrills succeed with this game? It seems the answer is yes based on the very good results recorded during the location tests and the very positive welcome the game received at various trade shows. To have played it, I can tell you that the game is very fun, gorgeous and the levels are varied. The gameplay is perfect too. Raw Thrills did not take the task lightly! From its ancestor, this new Ninja Turtles retains the 4-player simultaneous gameplay and the move that throw enemies toward the screen. In addition to the traditional Attack and Jump buttons, a new button appears: the Turtle Power button that triggers a devastating attack (but it can only be used once the gauge is full). Obviously, the turtle chara-design comes from the latest animated series (the same 3d models are used) and the turtles are voiced by actors like Seth Green, Sean Astin and Gilbert Gottfried. The cabinet itself is attractive with a huge 55" screen and LED lighting everywhere: marquee, T-molding, speakers, under the panel, even the joysticks are illuminated! For sure, you can't miss it! You will be able to play Teenage Mutant Ninja Turtles in Belgium very soon because the Reflex arcade in Ostend will receive its machine next month. We will let you know as soon as it is there! Meanwhile, you can take a look at the gameplay with our video shot at EAG International 2018. Teenage Mutant Ninja Turtles is available for purchase from the following distributors depending on the country: Red Sun Systems (Belgium), Game Castle International (Netherlands), Avranches Automatic (France), Bandai Namco Amusement (Great Britain), Betson Enterprises (USA). 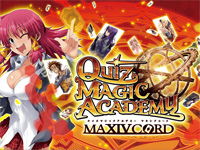 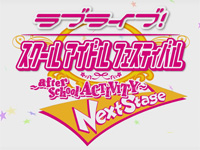 Square Enix announced location test dates for Love Live! School Idol Festival ~ after school ACTIVITY ~ Next Stage. Two location tests will be held from June 22 to 24 and June 29 to July 1st. 14 songs will be playable during the loctests, 4 songs will be new titles such as Energetic fully open DAY! DAY! DAY!, We know the future and Strawberry Trapper. The fist title of the series was released in December 2016. With this new game, Square Enix introduces new gameplay functions. There will be a new music notation "PLUS" and, in addition to the usual rhythm buttons, two new buttons named "decision button" and "cancel button" will be added. Futhermore, a new feature allows the player to go out in town with the band members after playing! 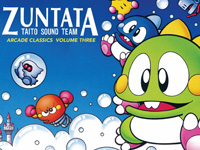 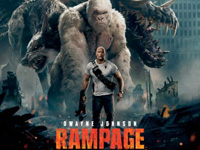 Rampage is released in Belgian cinemas today! This is obviously the adaptation of the Rampage arcade game released by Bally Midway in 1986. Everyone knows this game where players control three giant monsters (a gorilla, a wolf and a lizard) and destroy whole cities across the United States. This fun and humorous game got an arcade sequel in 1997 entitled Rampage World Tour. As its name suggests, our monstrous friends are conquering the world with ever so much humour and updated graphics. In 2009, Warner Bros. acquired Midway Games for $33 million, giving it access to intellectual properties such as Mortal Kombat, Spy Hunter, Joust and Rampage. Here is the first cinematic result of this acquisition with Rampage. For this adaptation, Warner Bros. has given itself the means of its ambitions by allocating a budget of $120 million to the production and by hiring wrestler and action star Dwayne "The Rock" Johnson for the leading role. Director Brad Peyton is in command, a wise choice because he previously directed the very good disaster film San Andreas, also starring Dwayne Johnson. In the United States, several premieres took place in the presence of the creators of the original games: Brian F. Colin and Jeff Neuman of Game Refuge Inc. As usual with this kind of adaptation, some liberties are taken with the original story since George, Ralph and Lizzie are here mutated animals and no longer humans. In addition, Lizzie is a crocodile in the film and not a lizard. The result is to be discovered in 3D on the silver screen now! It is interesting that Warner Bros. chose to adapt a game inspired by movies like King Kong and Godzilla to the cinema, we can say they have come full circle. What will be the next Midway game movie adaptation? We are still waiting for news of the Mortal Kombat reboot to be directed by Simon McQuoid... 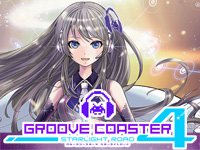 Groove Coaster 4 Starlight Road is out today. Taito introduces 20 new songs in this new version. To celebrate the game release, 2 events are proposed to the players. The first one is a collaboration with idol band Dempagumi.inc (でんぱ組.inc) that also starts today: players can win special avatars and titles and Mirin Furukawa as a navigator. Of course, Dempagumi.inc's new song Ψ発見伝! is playable. The second event is a collaboration with the smartphone rhythm game Lanota, this event will start tomorrow and will end at the end of April. During the event, a Groove Coaster song will be playable in Lanota and a Lanota song will be playable in Groove Coaster every week. Furthermore, on April 4, Groove Coaster ORIGINAL SOUNDTRACK 2018 Vol.1"DREAM" will be released. It contains 28 tracks including songs from Groove Coaster 3 EX Dream Party and the theme song of Groove Coaster 4 Starlight Road.