For the fourth edition of the Antwerp Convention that was held in halls 1 and 4 of the Antwerp Expo on on the 27th of April 2014, organizers dedicated a big space to arcade games with several dedicated exhibitors: Carl Jacobs showcasing the latest Stern pinball tables and a Darius Burst Another Chronicle EX, Rastermania selling Eurogame and Naomi cabinets, DDR Belgium, Shadaloo who brought a Japanese THE BishiBashi machine and two Vewlix cabinets and or course, Arcade Belgium. 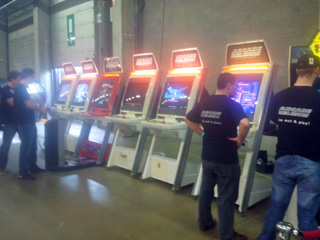 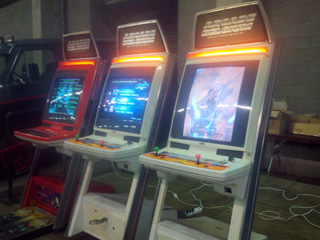 The theme of the convention being "Sci-Fi, Horror & Fantasy", we privileged the horrific games The House of the Dead 2 and 3 with their spin-off Zombie Revenge (all in uncensored versions) as well as the Daemon Bride fighting game. For the science-fiction theme, we got Star Wars Trilogy Arcade, Ikaruga, Senko No Ronde DUO and the cute retro-futuristic platform game Spica Adventure. We also had the classic Soul Calibur III Arcade Edition (in English this time) for the fantasy aspect and Marvel vs. Capcom 2 to establish a link with the comics scene that was heavily represented throughout the various stands at the convention. 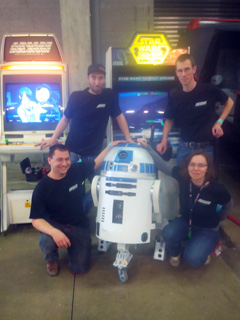 The Arcade Belgium is posing with an R2-D2 from the R2-D2 Builders Club. On the picture: Tisky, Dragen, R2-D2, Nomax and SophieKitty. 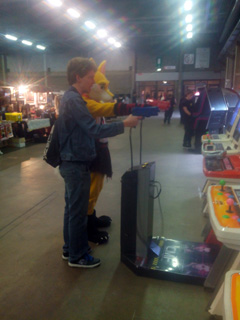 As usual, the lightgun shooting cabinets are the first one to be played at the doors opening time. 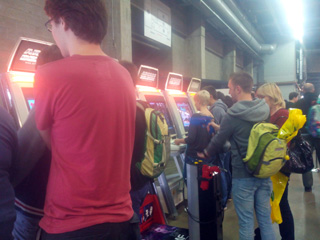 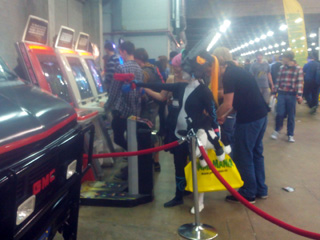 A few minutes later, all the machines were occupied. 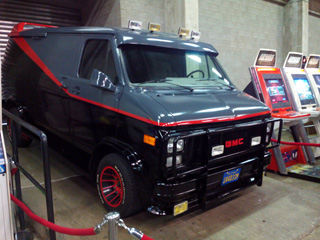 This van should initially have been in a corner of the other hall but a 5m high inflatable R2-D2 took its place. And if you're wondering: yes the van actually runs (doing a hell of a noise). 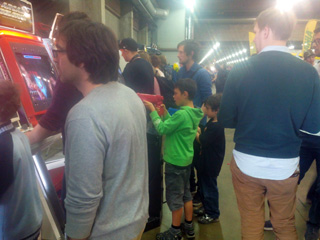 Many visitors were whole families meaning there was many young children who discovered the joy of arcade games at the event. 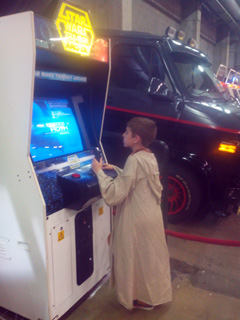 Such as this young Padawan. Will he stay on the light side of the Force? 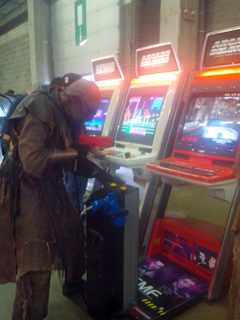 Convention often means cosplay. They were coming in all forms and shapes such as this "kind" Morgul... 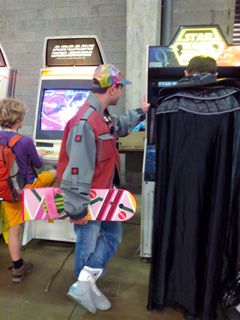 Marty McFly and a guard from Stargate (his helmet is on the floor)... 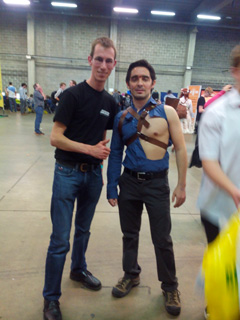 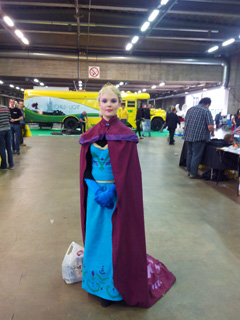 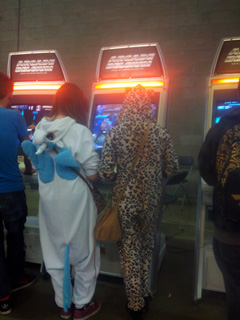 Or the more traditional one-piece suits. 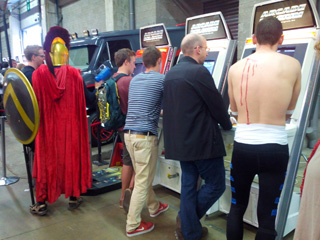 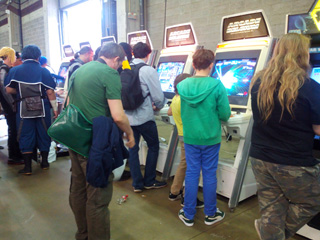 Spartans were also part of the show. Even injured players continued to play... this is neketsu! 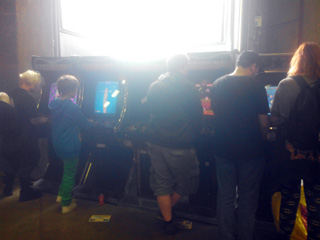 Rastermania's stand were visitors could buy Naomi and Eurogame cabinets. 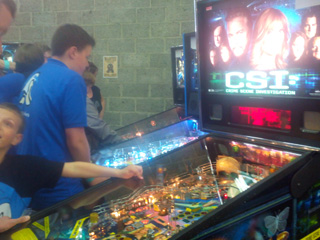 Carl Jacobs was there with several pinball tables and... 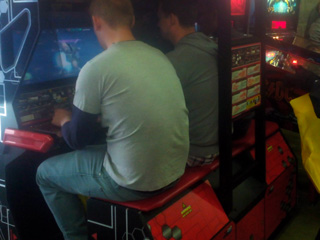 a Darius Burst Another Chronicle EX machine (which was also for sale). 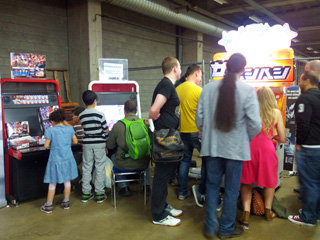 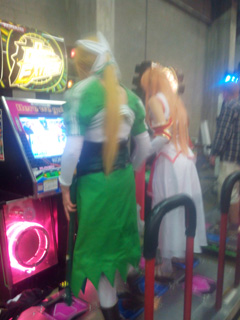 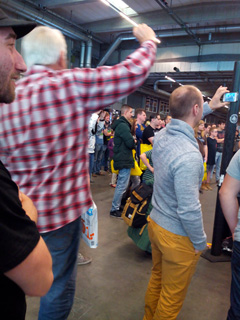 What the hell is Charles Martinet doing? 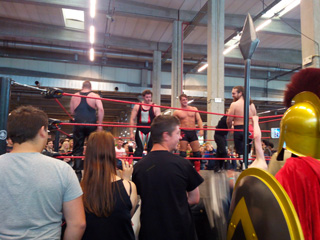 He's cheering up the wrestlers from the Westside Xtreme Wrestling German federation. They offered us a very entertaining show during the whole day. 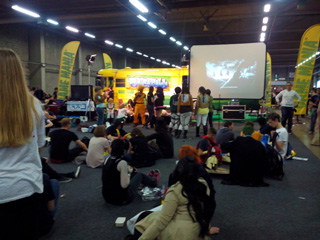 There was the traditional karaoke hosted by Belgotaku. Pictured here are the Survey Corps singing the Attack on Titan opening theme.

Antwerp Convention #4 was a great success, especially thanks to the variety of the themes and stands offered, the kindness of the visitors and the seriousness of the organisers. There reigned a family atmosphere despite the size of the convention. Let's not forget the presence of many famous guests such as David Warner, Colin Baker, Jeremy Bulloch, Gemma Whelan and Charles Martinet. We're very pleased to have been able to participate especially as the organisers wanted us to come since the first edition. That had unfortunately never been possible. We hope to return next year with a stand twice as big.