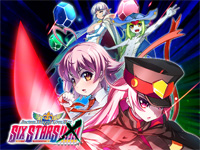 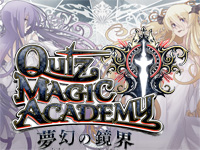 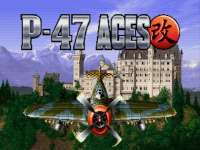 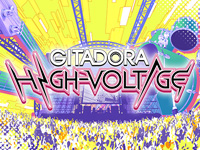 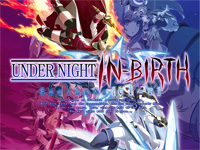 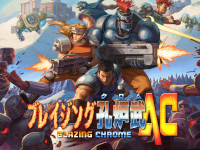 Blazing Chrome AC is out on exA-Arcadia today! This is the arcade version of Blazing Chrome a run n'gun by Brazilian developer JoyMasher released on home consoles and PC in 2019. The story, very similar to Terminator, takes place in a future where the world is under the machines' domination, putting the few humans alive on the edge of total extermination. Humans have been expendable since an army of AI-controlled robots conquered the world, and they survive in hiding while their predators rule the surface. When a small group of rebels learns of a major AI installation, the machines attack their camp before they can launch an assault. A few rebels escape and lead a suicide mission to destroy the facility. Bring your best pal and kick some metal butts to free the humankind. You can use hoverbikes, massive armour and a whole arsenal of kick-ass weapons to blast your way through 5 16 bits apocalyptic environments with hundreds of enemy robots and bosses. Between Contra and Metal Slug, Blazing Chrome is made by and for arcade and action fans. So it was an evidence that an arcade version must be developed! The arcade version features a fifth playable character (Zaku from Oniken) and an arranged soundtrack by Motoaki Furukawa (Super Contra). Blazing Chrome AC supports both 16:9 Widescreen and 4:3 CRT monitors. Different languages are available: English, Japanese, French, Spanish, Chinese (Traditional & Simplified), Korean. The game kit that can be ordered from RedSun Systems includes an A1 poster, instruction sheets and instruction strips in both Japanese and English languages. 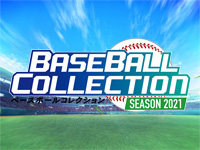 BASEBALL COLLECTION SEASON 2021 is out in Japan today. BASEBALL COLLECTION is a professional baseball card game from Konami. You can collect players cards, strengthen teams and operate players. In this version, players and cards have been renewed for the new season. In addition, an in-game campaign will be held at the same time as SEASON 2021 goes live. 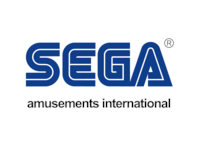 On 30 March 2021, 100% of the shares of Sega Amusements International Limited with a stock capital of £25 million will be transferred from Sega Corporation to Kaizen Entertainment Limited. The new company is headed by Paul Williams, current CEO of Sega Amusements International and a 24-year veteran at Sega. It began when he was approached by the blue hedgehog company to take over the management of SegaWorld in London when the team in charge had just given up. This is a Management Buy Out (MBO) and is different from the sale of Sega Entertainment shares to Genda that took place a few months ago as the management does not change in this case. The objective of this transfer, which has been planned for several months, is to limit the losses of the Sega group because if the financial results of Sega Amusements International were very good these last years, increasing year on year, thanks in particular to family entertainment centre boom in the United States, it will no longer be the case for this fiscal year because of the COVID crisis, which caused a collapse of the machine sales in the West, and because of the uncertainty concerning the evolution of the pandemic. The new entity retains all the employees but without Roger Pennington, the commercial director, who will retire after 33 years of service. In practice, nothing changes, with Sega granting Kaisen the right to use its brand for the development and sale of amusement machines in Europe and the US. The new entity will continue to operate under the Sega Amusements International Ltd name but being independent of Sega Sammy Holdings, it will no longer have to report to Sega Japan, allowing greater autonomy in its strategic choices. Sega Japan assures that it will continue to work closely with Kaizen for the development and sale of Japanese machines in the West. Kaizen will of course keep its European research and development division headed by Patrick Michael, that has produced titles such as Ford Racing Full Blown, Sega Rally 3, Grid, Sega Racing Classic, Dream Raiders, Showdown, Transformers Human Alliance and Shadow Rising, Daytona Championship USA, Sonic & Sega All-Stars Racing Arcade and the newly released Mission Impossible: Arcade. Several new games are currently in the making. Sega Amusements International will also continue to distribute games from other manufacturers and develop games in partnership with third parties. This organizational change will have fewer consequences than the 1999 restructuring, for those who remember it, and is a continuation of the trend started by Paul more than 15 years ago when Sega Amusements Europe began developing its own titles for the Western market. Paul Williams is a shrewd businessman and a true enthusiast so there is no doubt that he will take Sega to new heights in the West! 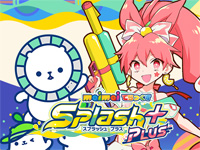 maimai Deluxe Splash PLUS is out in Japan today. New features are implemented in this new version of Sega musical game: "Dan certification mode" that plays 4 songs decided in advance and "Random Dan certification mode" that randomly determines the songs. Many original songs are added and collaborations with the anime series Fire Force and Sumikko Gurashi (a set of fictional characters from San-X) are also available. 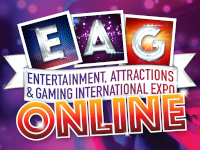 Here it is! EAG Online 2021 has a date! The virtual trade show will be held on Tuesday 20th and Wednesday 21st April 2021. Originally scheduled for January, it had been postponed to an unspecified date following the entry into lockdown of many European countries. While many establishments will be able to re-open their doors in May, the second half of April seems to be the perfect time to discover the new trends and the latest machines available from the different manufacturers. Each booth will feature graphic presentations and videos, it will of course be possible to talk live with representatives and the traditional webinars will be part of the show. Arcade Belgium will have a booth where you will discover exclusive information and content that will be published only later on our website. You can register now. Don't miss this edition!