After numerous requests, here's the Arcade Belgium forum! This replaces the now defunct "Messages" section. Don't hesitate, come chat with us! The forum is divided in two parts: In the upper part; aside the general topics, there's a technical corner where you can ask for advices if you're having trouble with a PCB or a machine. There's also a gallery where you can post your pictures. The lower part is dedicated to this website, here you can submit your adverts (that will appear on the Marketplace) as well as additions/corrections to the locations list (and to the search-engine). You can at last submit your suggestions to improve the website. We're waiting for you! 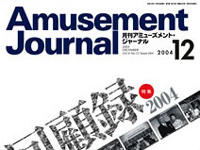 Amusement Journal recently published a list of the games having generated the best income in november. These charts are based on figures reported by 50 arcades representing the japanese market. The charts which feature many fighting games haven't changed much since october. We invite you to have a look at it in our articles. Let's just note the remarkable entrance of the 2D fighting game Capcom Fighting Jam in 3rd place which sends Virtua Striker 2002 that was ranked 5th back to the locker room. Regarding games in dedicated cabinets, not many changes either. Quest of D, the role playing game by Sega lands in 4th place while WCC Football 2002-2003 disappears, the cabinets hosting this game having surely been converted to Quest of D machines. 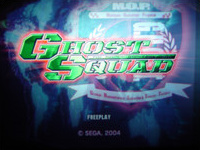 We announced it one month ago, here it is! Thanks to Namusco, we were able to test Ghost Squad for you, the last shooting game from Sega running on the Chihiro hardware. Developed by AM2 (Daytona USA, Virtua Cop 3), this game drops you within an anti-terrorist squad. Is it a good game or not, you'll know it by reading the review!

Mushiking - The King of Beetle 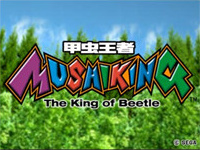 Unusually, Sega releases a game exclusively aimed at a younger audience (from 5 to 12 years old). The goal of Mushiking is to collect all 18 insects cards and all 18 skills cards to use them in battles to help the elf Popo to rescue the king of insects, the famous Mushiking! A game works this way: after having inserted a coin, you receive a card (either insect or skill); then you scan one of your insects cards and possibly also one or several skills cards, the animal appears on the screen and the fight begins. It\'s in fact a duel of rock-paper-scissors between the two players. The insect of the players who won the duel has the right to attack the other insect once and then it restarts until one player\'s pest lifebar reachs zero. Especially designed for its aimed audience, the cabinet is only 1m20 tall. New cards are being produced as well as a fashion themed version for girls (that Mushiking machines can be converted to). For once, here\'s a game that will not only fits lunaparks but also supermarkets, fast-foods, toys shops, ... Mushiking will be available this month in Europe.
Manufacturer: Sega. Size: 46(w)x61(d)x170(h) with marquee. Weight: 65Kg. 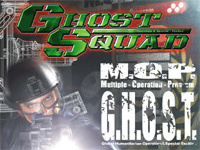 Today sees the release of the new Sega's shooter on Chihiro hardware: Ghost Squad. Fight terrorism through 3 missions; "Grand Villa", "Air Force One" and the "Jungle" where you'll sometimes have to use thermo and night visions. The cabinet features an assault riffle having 3 different shooting modes (single shot, 3 shots burst and full-automatic) which you can switch between at will. There's also a special action button used to launch grenades, defuse bombs, fight hand-to-hand, ... An IC card saves the player's progress while offering him the ability to rank up, change his uniform and weapon, replay a mission differently (e.g. by following an alternate path) and allows him to display all his data on the internet world wide ranking. We'll soon test the game, meanwhile, you'll find more info on the official website.
Manufacturer: Sega. Size: 120(w)x168(d)x223(h). This game is available now at Namusco.

The King of Fighters NeoWave 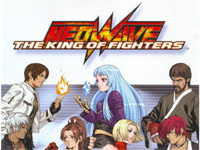 Every year sees its King of Fighters. For 10 years, this 2D versus fighting games saga managed to gather many fans. Year 2004 shows the transition of the series from the Neo-Geo MVS to the Atomiswave hardware. This new edition by SNK Playmore features: 36 characters (plus 6 unlockable ones), 3 game modes, high-resolution backgrounds and the appearance of a 5th button (named "heat", this one increases your power while decreasing your health). The King of Fighters NeoWave is available in bundle with the Atomiswave mainboard. Click here to see some screenshots and discover the fighters' roster as well as the different game modes explaination on the official website. 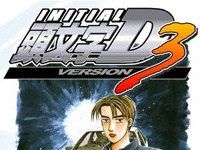 Following the story of the manga of the same name created in 1996 by Shuichi Shigeno, Sega's Initial D version 3 presents the young Takumi whom dream's to become the number 1 street racer, those underground races take place on Mt. Akina's slopes. Released in september on Naomi 2, this "version 3" brings lots of new features: 2 new courses (plus the Mount Akina in snow condition), 3 new rivals taken from the manga's latest volumes, 4 new cars (the Lancer Evolution V & VI, the RX-8 Type-S and the Skyline25GT-T) as well as new musical scores for a total of 8 courses, 27 rivals and 35 vehicles to choose from. As in previous versions, the player will be able to use points he earned from duels to tune and power up his car. Following numerous players request, cars specifications have been modified. Players owning IC cards from versions 1 and 2 of the game will be able to transfer some of their data to "version 3" cards. This game is available as either an upgrade kit for version 2 or a full twin cabinet. More info on the official website. 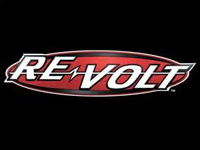 American manufacturer Tsunami Visual Technologies (distributed by Namco) brings us a new racer with... radio-controlled cars. This is the arcade version of the well-known Re-Volt. Choose between 8 default vehicles (which can be customized) and explore your neighbourhood through 20 courses. Each race won unblock one of the 14 hidden cars. Because of your small size, everyday's life objects become big obstacles to get over. You can use numerous weapons and power-ups to get rid of your opponents. Up to 8 machines can be linked-up, these ones ("deluxe" cabinets) feature 33" screens, force-feedback steering wheels and motion-base moulded seats.
Manufacturer: Tsunami. Size (deluxe): 100(w)x203(d)x221(h). Weight: 333Kg. 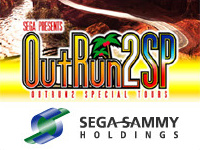 Born on october 1st from the merging between Sammy & Sega (or better said from Sega's takeover by Sammy), "Sega Sammy Holdings Inc." was for the first time in Europe showing both companies products on one big booth at London's Preview 2005 exposition. They showcased many games including: Ghost Squad, Mushiking, The King of Fighters NeoWave, Initial D Version 3 and Faster than Speed. We'll come back on the different games showcased at the show in the forthcoming days but the fact that a "deluxe" version of OutRun2 SP was there allows us to give you more informations than what we announced 3 months ago. We already told you about 2 new cars: both the 250 GTO and the 512 BB, 15 new courses (taking place in the USA) and the original musical themes. But you know that when Sega do something, they do it well; so many other new improvements have appeared in the final product: the different game modes have been fine-tuned, you're now able to select your car's color by shifting gears, the gameplay is more nervous thanks to the fact that you loose less time recovering from car crashes, the beginners can choose a simplified driving mode, many graphical details have been added (like birds in the sky) and last but not least: slipstream effect! That's right, you can now use other cars' slipstream to gain speed (as in Daytona USA). Note that the rear side of the "deluxe" cabinet is the exact replica of the Ferrari 360's one! 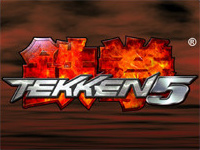 Tekken 5 is ready and will start shipping this month. After a disappointing fourth episode, the latest one in the famous Namco's 3D fighting games series gathers the best features of the previous games; the gameplay and combo system from Tekken Tag Tournament mixed with the characters from Tekken 4 plus 3 new fighters for a total of 20 competitors available right from the start and you have to add to that amount several time-triggered hidden characters. All of this updated to current graphics standards with the ability to interact with the scenery. But the greatest new feature is the IC cards support. Explanation: the player buys a magnetic card (at the price chosen by the operator) on which he can register his name along with his favourite character. He then earns points with each fight he wins or looses. Thanks to these points, the player can customize his fighter with various accessories he buys (hat, glasses, jacket, alternate haircut). The card remains valid for 500 games after which he has to buy another one and transfer his character. All of this is automatically handled by the machine. Another new feature is that the player can fight against the ghost of another person who played on the same cabinet because the machine has learned his way to fight! Thanks to his card, the player gains experience levels and can become 3rd dan at Tekken! But to achieve this he'll have to defeat several humans whom skills are equals or better than his. Fights will be exciting for sure! From a technical point-of-view, the game runs on Namco's brand-new "System 256" which is still based on Sony materials but includes a main processor overclocked by 33% and more RAM than the previous "System 246" (Tekken 4, Soul Calibur II, Time Crisis 3). Graphics are really great despite the aliasing effect inherent to the "Graphics Synthesizer". The game is available as a kit (PCB, IC reader and wiring) or as a full cabinet with a 28", 33" or 50" (deluxe) sized screen. Undoubtedly a massive hit! More info on the official website.