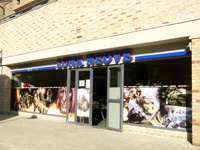 It keeps getting worse... After the transformation of the Family Games Gallery in Bruxelles into a Japanese restaurant and the metamorphosis of Family Games Centers into casinos (gambling machines replaced video games), the Luna Neuve definitively closes its door tomorrow. Opened in 1978 by Mr. Frans Herbiest, a former butcher, this big arcade located in the heart of the Louvain-la-Neuve student city have meet several generations of games and players during its lifespan. Following the decreasing interest of the audiance for arcade games, half of the hall was converted to a 50PCs internet café in 2001 by the manager of the time, Mr. Patrick Vandenplas. The operation space progressively decreased as years passed by to reach a final surface of 330 m². Th business was took over in 2007 by Mr. Bernard Leroy (former managing director of Namusco) who renewed the arcade part. Unfortunately, the location attendance was not high enough to grant its survival. The Luna Neuve always offered the latest arcade games and pinballs (Stern's Indiana Jones was installed one week ago). Low games price (same as in the 90's) and deluxe cabinets (two OutRun 2 SP and The House of the Dead 4 among others) failed to attract players (do they still exist?). From now on, people will have to go to the Coast to play the newest titles. However, a second life is possible since the space is to let. If you're interested, send an e-mail to info@lunaneuve.net and save the last big arcade left in the heart of the country! 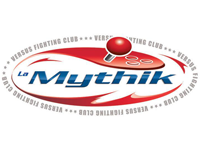 A new arcade will open on Saturday June 14th, 18 o'clock in La Courneuve (north of Paris). Specialized in fighting games, La Mythik (its name) is operated by a small group of passioned people. The line-up showcased in the numerous Japanese arcade cabinets is rather impressive and will please fighting games fans, see for yourself: The King of Fighters '98 - Ultimate Match, '95, '96, '97, '99, 2000, 2001, 2002 and XI, Street Fighter III - 3rd Strike, Street Fighter Zero 3, Super Street Fighter II X - Grand Master Challenge, Hokuto no Ken, Capcom vs SNK 2, SvC Chaos, Garou - Mark of the Wolves, Fatal Fury Special, Fatal Fury Real Bout 2, The Last Blade 2, Marvel Super Heroes, The Rumble Fish 2, Breakers Revenge, Karnov's Revenge, Art of Fighting 2, Samurai Spirits IV and Double Dragon. A puzzle corner is also planned (for enjoying waiting girlfriends?) with Magical Drop III, Puzzle de Pon, Pon 'n Bounce, Panic Bomber, Joy Joy Kid and the Twinkle Star Sprites shoot'em up. Prices are reasonable with new titles at 1 € per play while most games are proposed at 50 cents per credit and older titles are priced at 50 cents for 2 credits. The arcade will be open every days of the week and is already seen as the future meeting point for high-skilled players. So it's the place to train yourself for the next Tougeki... La Mythik is located at the corner of Edgar Quinet and Politzer streets in La Courneuve (former Ronaldland). You'll find more info on the official website. It sounds like an audacious project but in France exists a quite developed scene of die-hard fighters fans (activity known as "pro-fighting") and we wish them a lot of success! 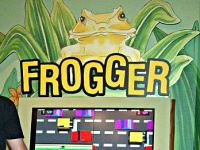 Last weekend, Ben Kuchera goes with his little daughter to the Newport Aquarium (northern Kentucky, USA) where a frog exhibition is taking place. In this zone named "The Frog Bog", you can discover 20 different frog species from everywhere on the planet. Various activities are proposed to children including a tube course, frog music making and frog themed games. This is where lies the surprise since Ben came across a Frogger-dressed Dance Dance Revolution arcade cabinet! Yes, this is a Frogger game you play using a dance platform! Despite the machine's artisanal aspect, gameplay is responsive, sound is loud and it's freeplay! Try it if you're in the area! You'll learn more about it by reading Ben Kuchera's article on Ars Technica.

Sega Rally 3 is coming in may! 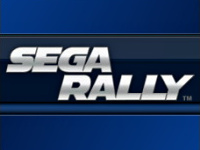 We're hearing about it for 5 years now. But this time, it's real! Sega Rally 3 will be out in Europe next month! The rumor reborned in february when JimmyB, a NTSC-uk reader, found an arcade game titled "Super Challenge" at Birmingham's Bowlplex. He was quite surpised to discover that it was in fact a location test of Sega Rally Revo's arcade version. A racing game developped by english studio Sega Racing Studio that was released last year on PC and consoles. The closure of this development studio in the beginning of april threw a doubt on a possible arcade release. Fortunately, if Sega Racing Studio coded the original game, Sega's amusement division was in charge of the conversion. Sega Rally 3 will be available in may. According to JimmyB, the game is very fun and the force feedback is very strong. 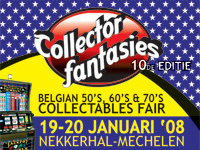 Tomorrow, the 10th edition of Collector Fantasies will open in the Nekkerhal, Mechelen (Belgium). This fair is the place to be for 50's, 60's and 70's collectibles lovers (Jukeboxes, pinballs, bingos, arcade games, vinyls, CDs, posters, clothes, ...). The Belgian Pinball Championship will be held there for the second year in a row. This tournament will spread over the whole weekend on six different tables and will brightly end on Sunday afternoon with the grand final. This year, our colleagues from GameRoom will be part of the 120 exhibitors with a booth showcasing many arcade games and pinballs. So you'll be able to play (free) Pac-Man, Galaga, Space Invaders, Qix, Killer Instinct but above all authentic Dance Dance Revolution Extreme. For pinball fans, Revenge from Mars, Star Wars Episode I and WWF Royal Rumble will be there too. Nekkerhal's doors will open on Saturday 19th and Sunday 20th january from 9:30 to 18 o'clock. Entry price is 6 €. Enjoy

The Wheel of Fortune pinball 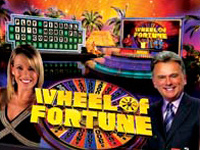 Lately, pinball novelties were always blockbusters adaptations (Pirates of the Caribbean, Spider-Man, which a limited "black" edition is out). Stern tries something else with this new pinball based on the famous TV show "The Wheel of Fortune". This one was created to celebrate the 25th Anniversary of the american version of the TV game and promises to be a great success: the game is shown on TV 5 nights a week. American fans will find with pleasure original voices of Pat Sajak (host of the TV show) and Charlie O'Donnell (show's announcer). Very coloured artworks featuring Pat Sajak and hostess Vanna White will take along the player in the show atmosphere... The gameplay is similar to the TV game: the players begins by "spinning" the wheel to collect points and/or prizes in the Prize Bank, then, he must hit the 3 contestants heads to collect consonants and vowels in order to solve the puzzle on the dot matrix display. Once the puzzle solved, the player wins points/prizes in the Prize Bank.

Asian Dynamite is out! 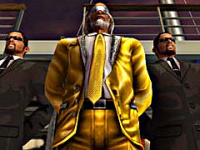 Released last month in Japan under the name "Dynamite Deka EX" (EX stands for "Exchange"), this 3D beat'em all series' third episode (following Die Hard Arcade and Dynamite Cop) reaches us! This time, the action takes place in Asia. You choose between Bruno, Caroline or Jennifer as your character and infiltrate great terrorist Wolf Kongo's base to defeat him once for all. Gameplay hasn't changed: 3 buttons; punch, kick and jump to make many different combos and a devastating special blow when pressing all buttons at the same time. There are still "Quick Timed Events" where you have to quickly replicate the commands shown on the screen. The biggest change aside graphics is that enemies sometimes drop cases containing clothes, once wore, your character acquire new blows and a totally different fighting style (this adds deepness to the gameplay). There are 3 special outfits for each character (American Native, kung-fu master, Ritualist, Jester, ...). On the weapons side, in addition to a broad range of firearms and blades, you can still use everything you find in the scenery to get rid of your opponents (return of the shish kebab?). We're pleased to see they kept the series offbeat tone! As said before, you have to infiltrate the enemy's base, it's up to you to choose the best approach at game start: drop from the sky, hidden in a train, or coming from the sea. Asian Dynamite is available for purchase from your local Sega distributor both in full Naomi Universal cabinet and standard Naomi cartridge formats. This is the ideal way to recycle an existing cabinet especially since beat'em all are scarce nowadays. 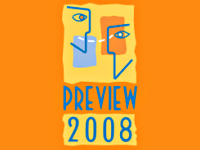 As usual, London's Preview trade show will be the place to be to discover what's coming next year. Preview 2008 will be held on Wednesday 10th and Thursday 11th October in Novotel London West. Of course, the biggest manufacturers and distributors will be there, here's what you'll be able to see this year: Let's start with Bandai Namco's stand where you'll can try for the first time the "super deluxe" versions of Wangan Midnight Maximum Tune 3 and The Fast and the Furious Drift. In fact, it's composed of four linked standard units on a specially designed platform surrounded by a giant header specially lightened to attract potential players. Tekken 6 should also be present on the booth aside a two players skill vending machine, a ticket redemption game and two different photo booths. Products shown at ATEI 2007 will be showcased once more. At Sega's, you'll find Sega Race TV, Virtua Fighter 5, Asian Dynamite, Primeval Hunt, Let's Go Jungle! Special, 2 Spicy, Virtua Tennis 3 and Shoot This Win This. While Cosmic Video will present latest Global VR titles (NASCAR Racing, America's Army, Alien Extermination and Paradise Lost). Last but not least, you'll find Chase HQ 2 on Electrocoin's booth. There will surely be other interesting machines showcased there and if you want to avoid queues at the entrance, you should register today because preregistration closes tomorrow. 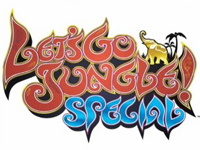 Let's Go Jungle! Special, Sega's latest big attraction, is coming to Europe in January 2008! This game is hosted in the same giant cabinet as The House of the Dead 4 Special: a big box of 3,6 on 3 meters and a height of 2,72m including two 2,5m screens and a 360° rotating seat immersing players in the game's environment. Here, you have to battle hordes of insects and other mutant beasts in a exciting ride throughout jungle in a jeep, on a boat and while riding an elephant. The seat is equipped with two vibrating UZIs, 5 speakers and air blasters. The choice of Let's Go Jungle! as the second title to be converted to the "Theatre Attraction" format is logical as this refreshing shooting game meets a good success worldwide. Find more information on the game's page.

Last years, more and more gamerooms saw daylight. Indeed, a lot of young adults dedicate a room of their house to their video games passion with this electronic version of our childhood's "playroom". Today's trend is to open these rooms to the general public. This week, Jof from Anderlecht opens his gameroom's doors. All gamers are cordially invited to come have a drink while playing this Sunday, September 9th at 2 o'clock. You'll find there: consoles (Dreamcast, PC Engine, NES), pinballs (Fish Tales, The Flinstones, Last Action Hero, Popeye), pachislots (Dracula X, O Gamera, Yoshimune) and of course arcade games including a Neo-Geo MVS, Fist of the North Star and Out Run. The gameroom is located at 284 Rue de Nerpede in Anderlecht (Belgium). Prior coming, you have to confirm your presence as well as the number of persons coming with you by e-mail.