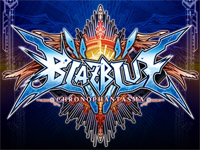 BlazBlue Chronophantasma is out today. This is the fourth episode of Arc System Works' 2D fighting game series and this is the first out on NESiCAxLive. Fans will be delighted to find again the characters of the series whose artwork and sprites were redrawn. New characters are introduced: Amane Nishiki, Bullet, Azrael and Izayoi (which will be available from December, 12). Two old characters will also return later: Nu-13 on November, 18 and Mu-12 on December, 5. The old characters have been re-balanced and new moves have been added to their movelist. New compositions will appear and old rearranged themes will be included. The stages will be entirely new ones except Rachel's stage. In terms of gameplay, the Gold Break Bursts and Guard Primers were removed. By cons, each character features now an Over-Drive: Over-Drive bar fills over time and when it is full, Over-Drive is activated for 5 seconds: character's strength is increased and he can perform new unique moves. Cruch Trigger replaces the Gold Break Burst, the Heat gauge is divided into 4 parts (2 previously) and to activate the Trigger cruch, the players has to use 1/4 of the gauge and press A+B to crush's opponent's guard. However, this does not work on the Barrier Guard. 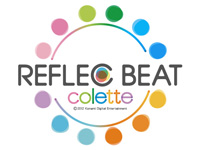 Konami's third REFLEC BEAT game will be released tomorrow. It is named REFLEC BEAT colette, collette is a combination of the words "collect" and "palette". The game theme is based on the seasons: cabinet's colors will change with the seasons (currently Winter). This is not the only change due to the season: the playlist changes according to the season! Some cross-over with other BEMANI titles are also planned: pop'n music in Winter, a general BEMANI event in Spring, beatmania IIDX in Summer and beatmania IIDX et en automne c'est avec jubeat in Autumn. Small changes to the gameplay have been done: the timing is tighter than in the previous game, the Chat symbol is expanded, a Clear Gauge Type B is added (an inverted version of the classical gauge that starts at 100% and decreases over the song), the customization interface is redesigned with new options,... The hidden songs from REFLEC BEAT limelight return. Upgrade kits will be available on November 28. 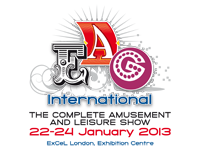 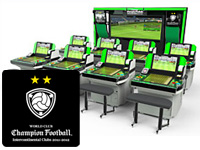 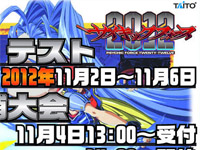 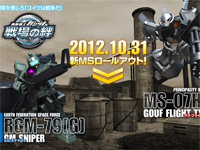 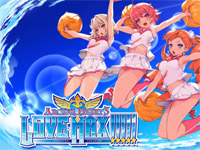 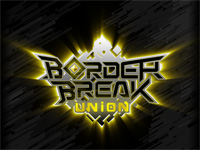 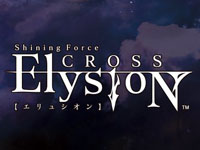 Shining Force Cross Elysion Ver.B is out today. Aside from a new opening, this update does not really introduce new features. The developers have focused on re-balancing weapons (damage, effects), magic (damage, MP consumption), ... And of course some new quests and a new scenario were added. 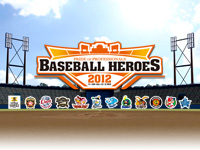 Baseball Heroes 2012 - Pride of Professionals arrives in Japanese arcades today. Players will be pleased to use the latest version of Konami series featuring updated players and teams data. There are now 520 available cards and the new cards have a new design. There are 7 levels of rarity for cards: Regular-W, Regular-B, Super Rookie, Close Up, Trueborn Shinkenger, Special and Great. The game is still nationally playable and a tutorial has been added to teach the newcomers how to play Baseball Heroes. Different game modes allow to play locally against friends, play against the CPU, take part to the national tournament... Baseball Heroes 2012 is still compatible with the Professional Baseball Dream Nine mobile phone game.