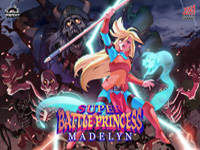 Super Battle Princess Madelyn from Monster Bath Studios (formerly Causal Bit Games) is now available on exA-Arcadia. This is an adaptation of the Ghouls 'n Ghosts style action/adventure game already available on PC, Xbox One, PS4 and Switch. Compared to the home version, the game has been completely reprogrammed from the controls to the artificial intelligence. The gameplay has also been redesigned to fit the arcade environment. There are also new stages and a brand new soundtrack by Gryzor87. Koichi Kikuta (chara designer of the anime KonoSuba) is in charge of this version's game arts. In Super Battle Princess Madelyn, you play Madelyn, a young princess apprentice knight. Accompanied by her ghostly canine companion Fritzy, she's on her way to avenge his death and save her family and her kingdom from the clutches of an almighty sorcerer. Madelyn can use a whole range of weapons and power-ups and will venture into many different sceneries such as cemeteries, swamps, castles, the countryside,... The arcade version of Super Battle Princess Madelyn supports English, Japanese, French and Spanish languages and the kit includes an A1 reversible poster, a marquee, instruction strips in Japanese and English and an instruction sheet. You can see the game in action in this trailer and order your Super Battle Princess Madelyn kit from Red Sun Systems. 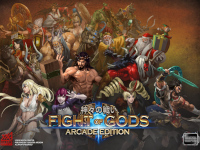 Fight of Gods Arcade Edition is out on exA-Arcadia today. Forget religious wars, this is the ultimate holy battle as Deities themselves enter the ring in this crazy fighting game! Created by Taiwanese studio Digital Crafter, Fight of Gods was originally released on PC in March 2019. It was banned in Malaysia and Singapore because of its religious content. The 17 available characters are Buddha, Jesus, Moses, Anubis, Santa Claus, Zeus, Odin, Amaterasu, Athena, Freyja, GuanGong, Lamia (hidden in the PC version), Mazu, Sif, Susanoo, Tudigong and Beliar (exclusive to the arcade version). All stages are mythical places like Mount Olympus and the Garden Of Eden. The game uses 5 buttons: Light, Medium and Heavy attacks, Throw and DPS Activate. Beside extra character Beliar, the Arcade Edition includes new art by Junny (Bandai Namco, Arc System Works), new music by Go Sato, faster gameplay and French and Spanish languages (in addition to English, Japanese and Chinese). Here's a video from the location test held at Ko-Hatsu game center in March. If you play the game in Indonesia, Malaysia, Singapore or Thailand, you may find out that Buddha has been disabled in your local version of the game. As all exA-Arcadia games, Fight of Gods Arcade Edition is distributed by Red Sun Systems in Europe.

Sega transfers the operation of its game centers to Genda 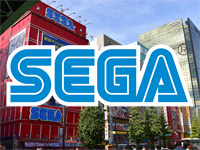 Since March, the COVID crisis has greatly affected the profitability of game centers, causing unexpected losses for Sega (while the opening of several new game centers was planned for this year). And while the situation is slowly improving in Japan, the future remains uncertain, notably because of the absence of a large part of foreign tourism. In order to protect itself against this situation, Sega Group has decided to sell 85.1% of Sega Entertainment company's shares (the division that operates games centers, restaurants and rents machines) to Genda, a company created in 2018 by former President of Aeon Fantasy, Mister Nao Kataoka. Genda specialises in the rental of amusement machines and owns the LIFTる。 website and mobile application which allows players to remotely play cranes and have their won prizes delivered home. Genda also rents machines in China and owns children's leisure center Kiddleton in the United States. For Genda, taking over the operation of Sega's 193 game centres is part of an expansion strategy that will eventually extend worldwide. The game centers keep the Sega branding, Genda taking care of their management. A similar event occurred in 2016 for Joypolis when China Animation Group bought out the majority of Sega Live Creation's shares to form CA Sega Joypolis, this led to the opening of new Joypolis parks in China. This does not affect the development and manufacture of arcade games, which remains 100% owned by the parent company within Sega Corporation. It should be noted that Sega Sammy Holdings has also sold 37% of its shares held in Sanrio (Sega Sammy is therefore no longer the majority shareholder with the 6.68% remaining owned shares). 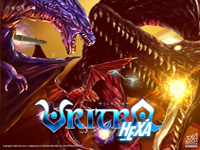 Vritra Hexa is released on exA-Arcadia today. Vrita is originally an horizontal shoot'em up from Neotro released in 2012 on mobile phones, it was then adapted on Steam as Vritra Complete in 2018. The story is set in a world based on an ancient Indian legend, where the player controls a dragon fighting against hordes of creatures summoned by the evil dragon Vritra. The Hexa version is the "definitive" version of the game as it brings many improvements over the old versions. It features a two-player mode, a rearranged soundtrack and HD graphics. This version also offers new weapons and new modes: the Exa mode (with branching paths, new stages and bosses) and a Caravan mode (score attack). An online ranking is also available. Vritra Hexa is localized in several languages: English, Japanese, French and Spanish. There is also a limited edition of the game sold with a white exA-Arcadia system decorated with an illustration of dragons in black and white made by Tatsuya Ishikawa (character designer of Dragon Spirit). Each system is signed and numbered by producer Hiroshi Sawatari and illustrator Tatsuya Ishikawa. It also includes the soundtrack CD signed by composer Fumihito Uekusa and a unique photo of producer Hiroshi Sawatari with a handwritten message. The limited edition also includes the contents of the standard edition: an A1 poster, a marquee, instruction strips in English and Japanese and the manual in English and Japanese. Vritra Hexa can be ordered from Red Sun Systems.

Belgian arcades close for one and a half months 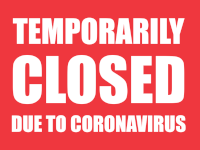 Although many arcades in the country such as the Free Play in Lanaken and the Reflex in Ostend have already closed their doors this week, the arcades that are still open will have to close as soon as tomorrow and will have to remain closed for one and a half months. They should be allowed to reopen on Saturday December 14th, 2020. This COVID-19 related measure concerns all non-essential shops, including arcades. Unfortunately, it also applies to arcades offering a privatisation system such as Gate Ninety World which has just opened in Nivelles. The situation will be assessed by the Government's Consultation Committee on December 1st. Courage to all and stay safe! 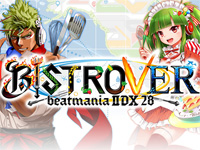 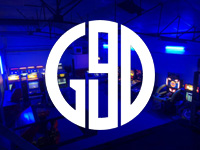 It is not every day that we have the pleasure of announcing the opening of an arcade in Belgium. But today is a day of celebration as Gate Ninety World is officially open even if, unfortunately, in order to follow COVID-19 measurements, the hall is currently only accessible via reservation per session of 2 hours minimum. Located in Nivelles, Gate Ninety World aims to (re)discover arcade and pinball machines to as many people as possible. The arcade also serves as a showroom for the sale of new and second-hand arcades and pinball machines rental. About forty arcade and pinball machines can be played in the arcade: there are dedicated and generic machines (Net City, Blast City, Swing, ...) and all game styles are represented: OutRun 2, Time Crisis II, Pop'n Music 3, Double Dragon, Fist of the North Star, Metal Slug X, Puzzle Bobble, Street Fighter II, Shock Troopers - 2nd Squad, Windjammers, Zero Gunner 2, Doctor Who (pinball),... You'll find the complete game list on the location page. Refreshments and small snacks are also available. Please do not hesitate to contact the Gate Ninety World team for more information on bookings and sales, they will be happy to answer you as soon as possible. 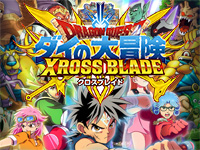 Dragon Quest no Daibōken Xross Blade is released today. It is a new trading card game from Takara Tomy A.R.T.S. and Square Enix. It is based on the new animated series Dragon Quest: Dai no Daibouken which started airing on October 3rd. You place 3 cards on the board to form a party and start battle. The list of currently available cards can be found on the site. You must pay attention to how you place your cards in order to correctly use skills and special attacks such as the "Kizuna Attack". In 1-player mode, you can follow the story or clear dungeons. A local 2-player mode to compete with friends is also available. 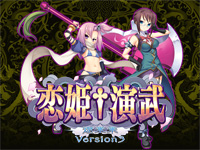 Koihime † Enbu RyoRaiRai Version3 is out today on Sega ALL.Net P-ras MULTI version 3. The game is developed by Unknown Games and M2. New characters are available in this version: the general Xu Huang and the strategist Guo Jia. The existing character animations have been revamped. The game supports now nationwide online competition and thanks to the Aime card support, players can record their information and display rankings on linked sites. 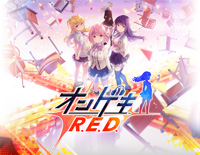 Ongeki R.E.D. is coming out in Japan today. In this upgrade, Sega has added many songs in different categories: Gurenge - LiSA (POPS & ANIME), If you can become someone's heart - Yuri Cannon feat. GUMI (niconico), Night of Knights (Touhou Project), Sound Chimera - Laur (VARIETY), GlitterGlitter - Shuhei Mutsuki/Akari Hoshisak (Ongeki),... New songs can be exchanged in the Medal Shop. Collaborations with Puella Magi Madoka Magica and CUE! start at the same time and will be available until November 4th.