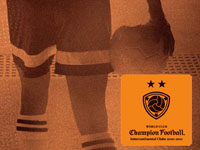 World Club Champion Football Intercontinental Clubs 10-11, the latest version of Sega's football management game series that combines arcade and collectible card game is out today. In addition to traditional players and teams data update, seven new clubs are entering the competition that now includes 22 teams: Santos FC, Olympique Marseille, Borussia Dortmund, Ajax, CSKA Moscou, Benfica and Sampdoria. The "All Time Legend" card set is back, where we find legendary players such as Marco Van Basten. Cards, always produced by Panini are divided into three categories according to their rarity: regular cards are white, special cards (especially popular players) are black and the rare cards are metallic. "World Championship Winners" tournament now includes foreign teams in addition to the best Japanese teams, the goal for the player is to become the best coach in the world! Regarding gameplay, two new parameters are now to be considered by the player: the "super sub" and "team moral effect". WCCF 2010-2011 runs on RingEdge, it is available in 8 player or 4 player sattelite setup and is compatible with Sega ALL.Net network. 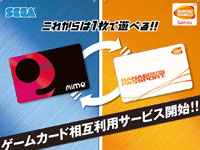 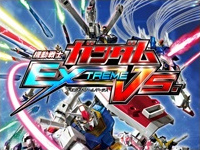 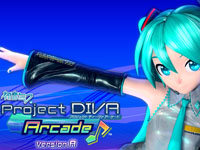 Hatsune Miku Project DIVA Arcade Ver.A REVISION3 is available tomorrow in Japanese arcades. As for previous releases, new songs are added and the next module will be available soon for Revision3. Other changes mainly affect interface: songs order has been changed in the selection menu, competition mode selection menu is clearer, length of song titles change from 10 to 14 characters. Another change concerns the official ranking, now if a player has not used his IC card for 6 months, his results are no more displayed on DIVA.NET but if he uses again his card, the results will reappear. 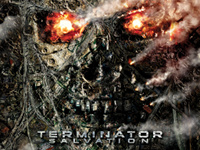 Arcade Belgium will organize a Terminator Salvation tournament in Liège on Friday November 4th, 2011 at 19:00. It will take place at the Jeux Américains mobile arcade located in Parc d'Avroy (near Liège-Guillemins train station). Grand prize: a Panasonic Blu-Ray/DVD player with SD card support. The 16 best players will win a T-shirt. Tournament entry fee is 5 €. Tickets are already available at Jeux Américains arcade. Tickets will still be available during the first round of the tournament (first round that will last between 40 and 80 minutes) so don't worry if you can't make it to the place for 19:00. Please note that tickets are not refundable, even if you can't enter the tournament. Here's how it will work: pairs of players will be draw. Each pair will play a whole chapter of Terminator Salvation arcade game (deaths don't matter). At the end of each chapter, the winner will be chosen (number of killing streaks, number of kills and accuracy matter). It will be a single-elimination tournament so the loser will be eliminated. However, if the number of players for the second is not 8 or 16, "lucky losers" will be draw to re-enter the tournament. Just before the finals, a match will be held between the losers of the semi-finals for the third place. Come and enjoy! 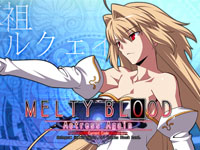 Melty Blood Actress Again Current Code Ver1.07 is available in Japan today. This latest version adds a new character: Archetype Earth which has the particularity to be able to fly and which was created especially for advanced players. Type-Moon also announced that Melty Blood AACC Ver1.07 will also be released on PC: it will indeed be available bundled with the third Blu-ray of Carnival Phantasm, the OAV series created to celebrate Type-Moon 10th anniversary which contains various characters from Type-Moon works such as Kara no Kyoukai, Fate/Stay Night and of course Tsukihime (which Melty Blood is based on). 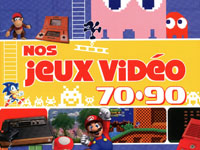 Two days ago, Hors Collection editions published in their "nostalgie" collection a book on video games from 70's to 90's. Entitled "Nos jeux vidéo 70-90", the book is written by Marc Lacombe, former host of Game One and Nolife channels, better known by his nickname Marcus and journalist Philippe Kieffer. The publisher presents it as a complete and illustrated overview of the history of video games. Subtitled "De la raquette de Pong au racket de GTA, l'irrésistible ascension des jeux vidéos", the book talks about console games as well as arcade games with titles such as Pong, Space Invaders, Galaxian, Galaga, Pac-Man and Donkey Kong. The book is in french and has 144 pages illustrated in color, it's price is € 24.90. 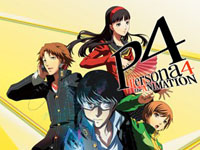 The Persona series is currently in the limelight. During the Tokyo Game Show, Atlus presented the fighting game Persona 4 The Ultimate In Mayonaka Arena, developed by Arc System Works, which will be released on Taito NESicAxLive in spring 2012 and on home consoles during summer. Persona 4 The Ultimate In Mayonaka Arena takes place two years after the events of Persona 4 (RPG released on consoles). Today, Persona 4 The Animation is in the spotlight: the first episode of this anime was broadcast in Japan yesterday. This series is adapted from Persona 4 and features Yu, a teenager, who will discover the existence of a hidden world located on the other side of the TV screens... Persona 4 The Animation is available in simulcast on the KZ Play VoD platform (French subtitled), the first episode is free of charge and next ones are watchable via a subscription. 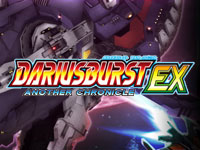 Taito completes its update of Darius Burst - Another Chronicle EX today with the release of the update phase 2 (Ver.1.14). It is however a little less featured than the update phase 1. The new features are a new "Original EX Mode" game mode, a new ship called "Genesis Sivler Hawk" and a new boss: "DREADFUL WHIP". For the curious who want to see the phase 2 of Darius Burst - Another Chronicle EX in action, Taito has produced a 15 minutes presentation video that can be seen on our YouTube channel. 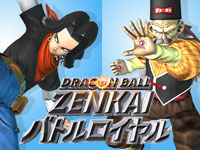 Namco Bandai continues to update Dragon Ball Zenkai Battle Royale, after a minor update on June 22 which added a new stage located on the planet Namek, a new update is released today this time providing a lot of news. Two new characters are introduced, Android # 17 and Dr. Gero from the Red Ribbon army. Namco Bandai has made some changes to the gameplay: the characters have been rebalanced, damages were reviewed and an adjustment was made â€‹â€‹to make the first 2 games against the CPU easier. Futhermore, various bugs have been fixed, especially at the network and display level.