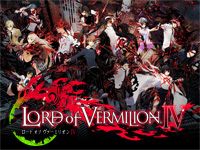 Square Enix celebrates the 9th anniversary of the Lord of Vermilion series with a release ceremony of Lord of Vermilion IV presented by Yoshihiro Matsuda (president) and Shigeyuki Hirata (producer). This ceremony is held at the Taito Station BIGBOX Takadanobaba Store today. Unlike previous titles, the game story isn't set in a fantasy world but in the near future in Japan. After being wrapped in a strange red mist in Tokyo, young people begin to unleash hidden powers. There is a total of 16 main characters divided in 3 factions: St. Verrious-Mardious Church, Spiritual protection of the state and Aval foundation for Science. All characters and visuals are designed by Taiki. The game producer is Shigeyuki Hirata who replaces Yuichi Tanzawa who worked on the previous game, the director is Yoshioi Asao (Game Studio Co.) and musical scores are composed by Taku Iwasaki. A "starter pack" and an "expanding deck pack" are available for the game release. The "starter pack" includes a LoV IV original NESiCA card, a player card and 7 demon cards. The demons feature a new "Psy" parameter showing mental power. Collaborations with Final Fantasy XV, SaGa: Scarlet Grace and NieR: Automata are already scheduled. 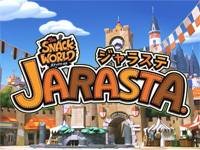 The Snack World Jarasta is a new arcade game from Takara Tomy Arts that will be available in Japan tomorrow. The Snack World is a cross-media project featuring an anime, a manga, a 3DS game named The Snack World: Trejarers released by Level-5. This game for kids is an RPG with cards based on the TV anime. The player avatar uses 3 monster cards and teams-up with 4 other people to fight against the computer. He can also use capsule toys and candy toys to get in-game weapons and armors. The game features a AI communication system to talk with an in-game character helping the player. 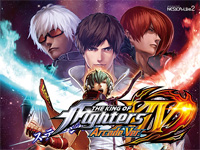 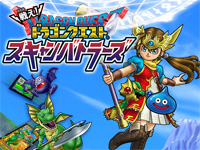 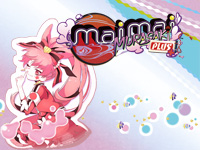 The new version of maimai MURASAKI is available in Japan today. Sega has renewed the event course category with new features. The play count system is replaced by a new stamp card system. Players can collect stamps collection thanks to the number of time they play. They can receive various bonuses depending on the play result. The new "indiscriminate class" difficulty grade has been added: songs are selected randomly from all songs.

Square Enix releases Figureheads Ace in Japan Today. Figureheads Ace is based on the free-to-play mecha action shooter game Figureheads released in Japan in March 2016. In the arcade version, players are divided in 2 teams of 3 and compete in 3vs3 matches. They can customize their mecha named "2Foot" with parts they win during battles. They can also use "Figureheads" to add special skills to their 2Foot. Figureheads are materialized as girls. 4 girls are available: Kagura (Kagura)(voice: Honma Kaede design: Nidy-2D-), Miyabi (voice: Mari Takano, design: Nidy-2D-), Ibuki (voice: Tamura Mutsumi, design: Haleo Chiame) and Sumika (voice: Asumi Yoneyama, design: Masaharu Kikuchi). There are many ways to use the 2Foot thanks to the differents parts: universal type assault, sniper specialized, support, striker using a shield, heavy assault,... Players control their mecha with a mouse and a joystick. Collaborations with Xenogears, Front Mission and Ultraman are already announced. You can watch Figureheads Ace trailer here. 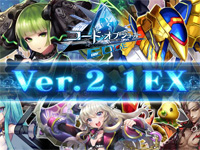 Sega starts the operation of Code of Joker EDGE Ver.2.1 EX today. This upgrade version adds 50 new cards designed by famous illustrators such as Hito, Shosuke, Niji, Hidemi Shirai and mamuru. There are also partial changes in AP (agent point) and JP (joker point) that can be acquired in the national battle: their value can increase or decrease. In addition, new joker gauge consumption "extra large" is added. 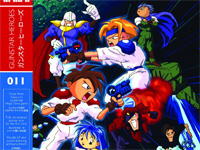 Data Discs is releasing the Gunstar Heroes soundtrack in vinyl today. This superb run-and-gun game from Treasure was released on Mega Drive in 1993 and in European arcades soon after. The music of the game is composed by Norio Hanzawa also known as "NON". He had previously composed the music of arcade games Quarth, The Simpsons and Bucky O'Hare while he was working at Konami. Gunstar Heroes is the first Treasure game on which he worked when he joined this new company in 1992. The soundtrack was recorded directly from a Mega Drive console. It includes 25 tracks across two 45rpm vinyls. You can listen to the music of the two first stages on Data Discs' SoundCloud page. Three editions exist: a limited edition in 140g vinyl where each disc is half red and half blue, a 180g colour edition with a blue disc and a red disc and an edition in black 180g vinyl. Each edition includes a double-sided poster representing the box covers of Japanese and Western Mega Drive releases. Note also the presence of two inner covers with illustrations and concept arts. Each edition costs £24.99 (plus £12 international shipping) and can be ordered at Data Discs website. Records will be shipped before the end of June. 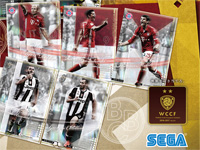 WCCF 2016-2017 Ver.2.0 is available in Japan today. This new version adds a new feature named "The Best Unit": when some conditions are satisfied and the club's best unit is appointed, a new team style is activated. New cards (Kasper Dolberg, Robert Huth, Philippe Coutinho, Ryan Giggs, Valery Karpin, Ronaldo,...) and a new card cartegory named the "STARS OF THE CLUB" are also available. 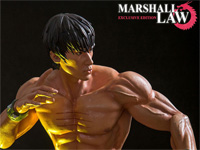 After King and Jin Kazama, it is the turn of Marshall Law to be entitled to have his own 1/4 scale statue! As a tribute to Bruce Lee (he uses the same moves, has 3 scars on the chest and wears the same clothes as the actor), Marshall Law is an American of Chinese origin who opens a martial arts school thanks to the money that he earned by winning the first King of the Iron Fist Tournament. He then opened the "Marshall China" restaurant chain but went bankrupt. Later, his son (Forest Law) had an accident with Paul Phoenix's motorcycle and Marshall needed money to pay for his son's hospital expenses and motorcycle repairs. These were his motivations for participating in the Tekken 5 Dark Resurrection tournament. It is one of the two versions of the character that is proposed where he sports a mustache and wears blue trousers with a golden dragon. The other version comes from Tekken 6 where he shaved his mustache and wears black pants with the same dragon. In the purest First 4 Figures tradition, each one of these two figures is available in two versions, a 43cm high regular edition with a base engraved with the Tekken logo and a 53cm exclusive edition with a pedestal reproducing a paved courtyard surrounded by a flying golden dragon. As usual at First 4 Figures, attention to detail is very impressive, both in the patterns of clothing and in the paint of the skin gleaming with sweat. All information about this figure can be found in the presentation video on Youtube. Pre-orders are now open with day one bonus if you order an exclusive edition within 24 hours (so until tomorrow in the afternoon). Exclusive editions (Tekken 5 DR, Tekken 6) cost $499.99 (they are available until May 30th) and standard editions (Tekken 5 DR, Tekken 6) cost $384.99 each. These statues are only available on the First 4 Figures website. They will ship in Q1 2018. The next Tekken character to have his statue will be Yoshimitsu in 4 or 5 months.